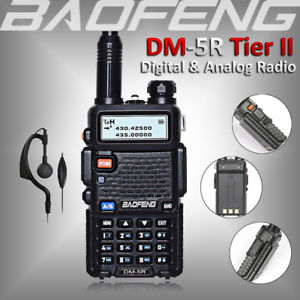 Well… times are getting tough for DMR… if you’re a Cheap’O.

Recently the FCC issued a FCC ENFORCEMENT ADVISORY which, in summary, bans MANY Chinese made DMR radios from being bought, sold, advertised and USED in the USA. This came about largely because Hams were filing complaints that users were illegally keying up repeaters and turning on the Siren function of some of these radios to annoy everyone else monitoring the repeater. Essentially, LIDS are responsible for getting the FCC involved and ruining good ham operator’s fun and involvement in the DMR portion of the hobby.

This is more or less targeted at Baofeng radios, but other radios also do not meet the letter of the law according to the FCC. Any radio that is CAPABLE of transmitting outside the Amateur band or can be easily “modified” to do so, is also considered to be non-compliant. That pulls in pretty much every other radio that we are currently using for DMR as well.

What does all of this mean? In short, if you have one of these radios, which are not FCC Type Approved, then you are no longer allowed to use it (to transmit) legally in the United States. We can’t find anything that says owning one is illegal (it’s a very grey area).

If you still want to own one, you better get online and buy one now. Not all retailers are aware of the FCC ENFORCEMENT ADVISORY yet it seems. But, do so at your OWN RISK. You’ll be breaking the law.

Many ham related websites and blogs are suggesting that you contact your Congressmen to suggest that the ruling be reviewed, but lets face it… These Chinese radios are wide open and you can pretty much do anything you want with them. It doesn’t look good for getting this reversed.

The end result will be a large delay in acquiring DMR radios until the manufacturers rebuild them to be compliant and the prices will likely go up to match the likes of Kenwood, Icom and Yaesu levels.